Last year saw many joys and some challenges in my ministry. Having been involved in the high school ministry for the past 10 years and actively discipling a few young ladies, I can testify that while our la­bour in the Lord is not in vain, it is most definitely accompanied by thistles and thorns.

On November 7th, 2015 a group of Navigators gath­ered at my house to celebrate Lilian Kulemo and Faith Mawia. These two young ladies that I have been walking with for the past 10 years took the leap of faith to enter full-time ministry training with the Navigators. It was a most joyous occasion filled with food, fun and fellowship. The group that consisted of 12 young ladies, three gentlemen and myself lis­tened to Aunty Sarah encourage Lilian and Faith. Aunt Sarah used the story of Mary the mother of Jesus to teach the two young missionaries that the seeming interruption of young Mary’s plans at a time in her life when she was looking forward to walking down the aisle and putting on her beauti­ful bridal gown, appeared difficult at the time, but she went ahead to obey the Lord and this led to the birth of our wonderful Saviour Jesus Christ. She encouraged the group that obedience to God and serving Him shall yield fruit and they will never regret it.

After the joyous celebration, everyone except Lil­ian, who opted to spend the night, left in good time to return to their homes. We decided to give a quick ride to one of the visitors to the bus stage. Our trip to and fro the stage took only 10 minutes. Upon re­turning home, I noticed that the small pedestrian gate to the apartment compound had been left ajar. I found this unusual and remarked to Lilian that I had a feeling that something was not right. The securi­ty guard opened the gate for us. Another suspicious thing struck me. The fellow opening the gate was dressed in civilian clothes and not the usual security garb. We drove in slowly.

It was then that we noticed another man, a stranger, standing by the security guard house. He appeared to be speaking to some people who were lying on the ground. The people on the ground were the se­curity guards. Whoever was at the gate was an im­poster. I could see that Lilian was really terrified. As I drove into the compound, we noticed the second man follow us on foot. I requested Lilian to watch him carefully as I manoeuvred the car into my park­ing spot. The man walked past our car, entered our apartment block and was soon out of sight.

We parked the car and stayed inside. We began to pray, asking the Lord for His instruction because it had become very clear to us that something creepy was going on. We had hardly sat in the vehicle for a few minutes when the man who had entered the apartment block came straight towards us. He walked to my window and brandished a gun that he pulled from underneath his t-shirt. He pointed the gun at the driver’s window and ordered me to open the doors. I complied. The gun-wielding man was joined by his friend. He barked or­ders at us to surrender our money and mobile phones. I was also ordered to surrender the car key. We did all they asked. They then fled from the compound and hurled my car keys back at me. Despite the miserable loot, the thugs left without harming us. Praise the Lord!

Jesus said in Matthew 28:20 “Teach these new disciples to obey all the com­mands I have given you. And be sure of this: I am with you always, even to the end of the age.” (NLT).

We thank God for His protection and for His encouragement that He is indeed with us always. 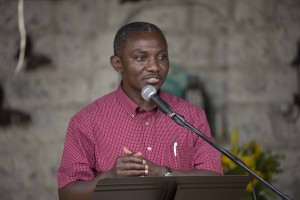 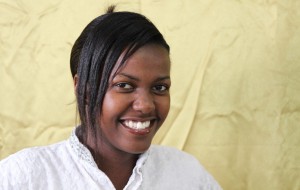 The magic in the little stories