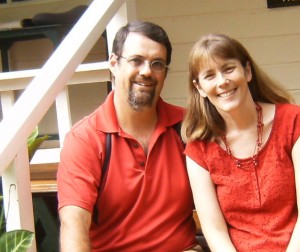 Years ago, a wise man told us that culture is what we see happening on the outside, because of one’s beliefs on the inside. We can try all sorts of methods to get people to change on the outside. But real and lasting change very rarely takes place without a significant change on the inside. The events mostly on people’s minds and hearts in Kuria District every December are circumcision ceremonies. Circumcision is the most important rite of passage for both girls and boys in this area. It is bound up in their beliefs about personhood and identity. It is tied to their beliefs about the spirit world, and one’s eternal existence.

Each year, the abhagaka or spiritual elders perform divinations to seek the guidance of the spirit world regarding the timing of the ceremonies. These men’s role in the community is highly revered and most people fear them. M is a former head elder for our area. We have rejoiced to see his hunger and desire to know the one true God grow with each passing year as he continues to listen to the Bible in KiKuria.

M has said he wants to follow Jesus. But we’ve wondered; with having been steeped in the culture of the Kuria for his entire life, and having this tremendously esteemed position of leadership all these years, how much of his old culture has he really renounced? Does he really see things differently now? Or might he try to live now with a foot in both worlds, so to speak? What would cause someone to stop participating in something they’ve believed to be so important for so long?

When the other elders sought out M to come and join them and to help with the overseeing of last year’s circumcision rites, to everyone’s amazement he said no. M had experienced a change on the inside. The man who once led these activities told the other elders, his friends for years, that he was different now.

“Therefore, if anyone is in Christ, he is a new creation; old things have passed away; behold, all things have become new.” 2 Corinthians 5:17

Stephanie’s mom and my brother came to visit us in 2013. Her brother Paul, met M, became a guest in his home and shared a meal with him. Until recently these two men had virtually nothing in common- now they have what matters most in common, no longer American or Kuria- but an identity in Christ Jesus!